FloridaFamilyTravelersMagazine.com was created to help families find fun things to do together in the Sunshine State and make memories that last a lifetime! 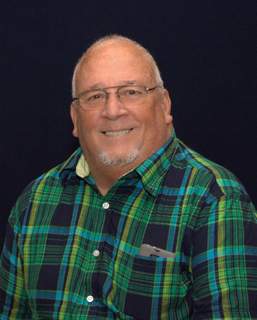 Thomas Duke Routzong is a rarity in Florida – he was born right here in Brevard County where he still resides!

“I remember Viera when it was all Duda cow pasture,” he said. “I even helped them show their prize Brahma bulls when I was in 4-H Club with my childhood friend U.S. Senator Bill Nelson. He and I both held 4-H state offices.”

Tom’s middle name, Duke, was given in honor of his mother’s family who founded Duke University. Doris Duke, a fifth cousin, was once the wealthiest woman in the world and has been portrayed in movies by Lauren Bacall and Susan Sarandon.

Tom’s father was a local builder who did the stone work on many homes and buildings including the historic Porcher House in Cocoa Village which is now a tourist destination listed on the National Register of Historic Places.

“My father, Harry Routzong, knowing Mrs. Porcher's love of card games, cut coquina stones on the front of the house into the shapes of hearts, diamonds, spades and clubs as a surprise for her.”

​“They all called her Mama Duke because she filled the role of Mom for them here. As the sailors married, their wives then became like another child for her. She stayed in touch with many of the couples until her death in 1975.”

After graduating from high school, Tom worked at Winn Dixie and then used his extensive knowledge of local flora and fauna to open a nursery.

Just a month before his wedding to Paula Napier, the daughter of a chiropractor, Tom was offered the chance to work at Kennedy Space Center on the Apollo 11 program at the height of the exciting space race.

After the Apollo 11 landed a man on the moon, Tom earned a Bachelor’s degree in education from Rollins College and a Master’s degree from Nova University. Tom and Paula accepted teaching positions at Brevard County schools.

He educated Florida children for thirty years. Tom and Paula had two children, Whitney and Chad, during their marriage.

Cancer Survivor:
Tom was diagnosed with cancer in 1996 and given only a thirty percent chance of survival. His wife lost her battle with cancer soon after. Thomas survived due to a radical surgery and treatment and vowed not to waste even a minute of the rest his life. He officially retired from teaching and began public speaking, traveling the world and photographing its beauty, and writing.

Public Service:
In addition to teaching in Brevard Schools for 30 years, Tom has served on the Habitat For Humanity board of directors and was the only Floridian chosen to help build ten homes in five days in Nashville in 2006. 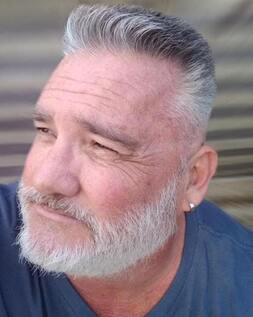 
In addition to being the author or coauthor of seven books, Steven has been a columnist and photographer for nine newspapers, a staff writer for a national news service, a civil rights writer, a theater critic for a major magazine, and a travel writer for multiple publications.

As a singer / songwriter, his songs have received national radio airplay and won a radio station battle of the bands. He had three songs in the Top Ten of NCMN at the same time. His song "Thank you God for making Moms" has been viewed over 120,000 times on YouTube and is available for download on Amazon, Spotify and other sites along with his song "Christmas Love.".

History:
Steven was born in Ohio and relocated to Florida in 1999.

Steven's mother Sherill, sister Sherry and sister Susie all passed away in their early to mid 40's. At age 43, Steven was exposed to toxic mold in his ministry office on staff at a large church. After 14 consecutive days in the hospital, Steven survived but was left with permanent disabilities.
Sunny Harbor Publishing
email: SunnyHarborPublishing@yahoo.com
Phone: 321-252-9874